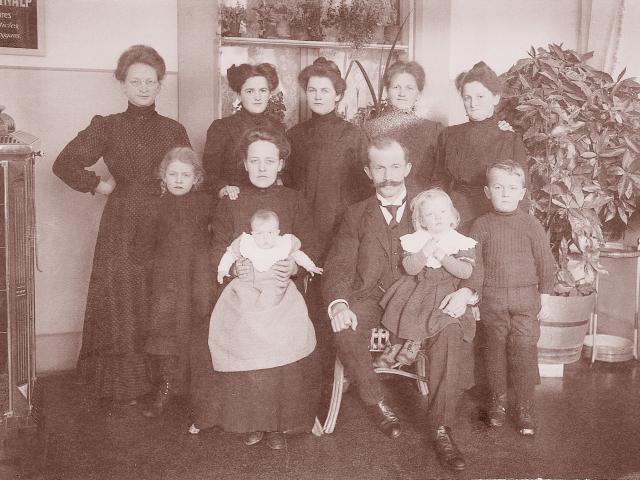 The foundation stone for the Hotel Belvedere was laid in 1904, following which construction commenced. In June 1907 the hotel opened for its first summer season. Johann and Rosa ran the hotel with the aid of his brother Jakob and his sisters Anna, Frieda, Lina, Elise and Emma. Later all his children – Johann, Grete, Rosa, Elsa, Fritz and Otto – also worked in the hotel.

In 1909 the hotel was doubled in size, but the First World War put paid to plans for a further enlargement. During the First and Second World War the hotel was requisitioned by the army and used as a military hospital.

The Belvedere - how it all began