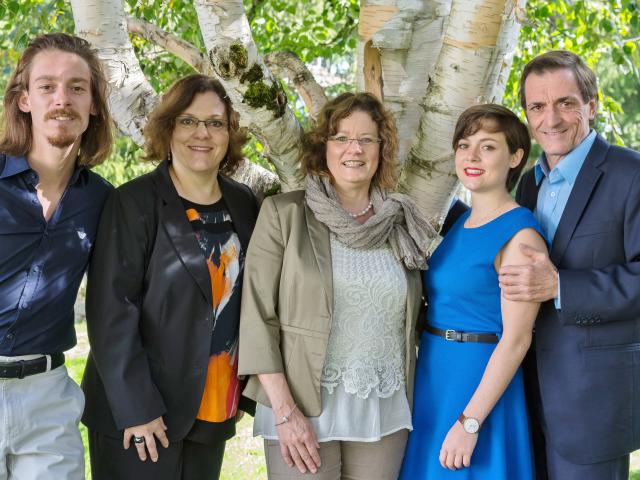 In 1986 Sylvia and Urs-B. Hauser took over the business from his parents, who continued to work at the hotel for many more years. Today Elsi Hauser lives privately in the small chalet next to the hotel. Fritz Hauser died in 2007. Sylvia and Urs-B. Hauser have two children: Philip-Urs, born in 1988, and Carole-Sylvie, born in 1991. Philip graduated from the University of St. Gallen with a degree in Business Management, after completing a semester in Oslo, and Carole is currently spending a semester in Buenos Aires, Argentina, as part of her bachelor's course. Susanne Hauser, sister of Urs-B. Hauser, is jointly responsible for the hotel since summer 2012.

Immediately after the business was handed over to Sylvia and Urs-B. Hauser, the hotel underwent major renovations. Many of the rooms were fitted with a bath and WC, and enlarged, reducing the number of rooms from 63 to 46. In 1993/94 the hotel was a huge construction site. Besides numerous interior renovations, the building was extended with additions such as the new west wing, the fifth floor and the indoor jacuzzi. Year after year since then the family has invested further in the hotel, renovating rooms, lounge, bar, restaurant, staff studies, installing the outdoor saltwater jacuzzi in 2006 and rebuilding the saunas and steam bath in 2014.

The Belvedere - how it all began